The Risks of Abilify 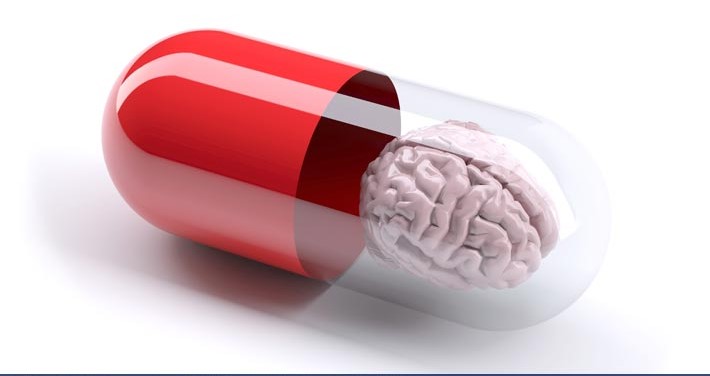 There was a time not too long ago when Abilify, an antipsychotic medication, was the best-selling drug in the U.S. In 2014, sales of the drug rocketed to over $7.5 billion. Originally intended to help patients with bipolar disorder and schizophrenia, Abilify is now commonly prescribed to people suffering from depression.

12 years ago, a National Institute of Mental Health study found that a dual prescription of antidepressants and Abilify helped treat major depressive disorder. Abilify’s marketing campaign exploded in response, with the manufacturer running ads aimed directly at people with depression.

Everything You Need to Know About Drug Addiction and…

The drug’s popularity isn’t unblemished. A growing chorus of critics is expressing concerns over Abilify’s side effects. These include:

In addition to those side effects, there’s significant evidence linking Abilify to compulsive gambling, eating, and sex. Are these risks worth the purported benefits? A lot of experts are starting to say no.

Abilify, or aripiprazole, is an antipsychotic drug first approved by the U.S. Food and Drug Administration (FDA) in 2002 to treat schizophrenia.

Antipsychotic medications first burst onto the market in the 1950’s. Thorazine, the first drug of this class to be introduced, was used as a mood stabilizer for people with active schizophrenia or bipolar disorder. Eventually, researchers created a host of other drugs with similar properties.

The background on Abilify follows a convoluted route. At first, doctors rejoiced in the new class of antipsychotics, believing them to be safer and more effective than the older versions. However, as The New York Times notes, “several recent large randomized studies… failed to show that the new antipsychotics were any more effective or better tolerated than the older drugs.”

If that wasn’t enough to cause the medical community to take a second look at Abilify, it was quickly discovered that patients taking the drug exhibited symptoms of reckless impulsivity.

Despite these risks, Abilify sales have continued to blossom.

In 2007, the FDA approved the combination of Abilify and an antidepressant as a treatment for major depression. The research indicates that the drug can be helpful.

But doctors latched onto Abilify so quickly that health care experts are now worried about overprescribing. People are taking Abilify for relatively treatable problems like minor anxiety and stress.

One problem might be that the majority of antidepressants in the U.S. are prescribed by primary care physicians. They’re qualified to treat routine cases of depression but severe, medicine-resistant cases should be handled by specialists instead.

Scientists aren’t sure why Abilify works. The mechanism of the drug is still completely unknown. There are peer-reviewed studies showing that Abilify is more effective than a placebo but nobody knows why.

Multiple studies have linked Abilify to compulsive behaviors, including gambling. The propensity for patients taking the drug to engage in unguarded, impulsive behaviors is so strong that a string of lawsuits has popped up over the country.

“The drug triggers a pathological urge to gamble constantly, sometimes among persons with no previous interest,” explained Thomas J. Moore, a scientist at the Institute for Safe Medication Practices.

“It might be people starting to spend $300 a week on lottery tickets, and in other cases people will gamble away tens of thousands of dollars.”

Moore personally studied over 1,500 cases before authoring a 2014 study. He found a very close association between obsessive compulsive behaviors and regularly taking Abilify. Society, Moore notes, is used to considering people responsible for their actions. However, there’s real evidence that drugs “can trigger a pathological urge to gamble so severe it can ruin someone’s life.”

Have You Taken Abilify?

If you’ve been prescribed Abilify and you’re suffering from adverse consequences, it can be a relief to find out that there’s a reason for what’s happening. A lot of the people who Moore surveyed for his research had no idea why they were suddenly behaving so erratically.

You should never stop taking medication cold-turkey without speaking to a doctor. Abilify isn’t considered to be habit-forming but you might still experience withdrawal symptoms when you quit taking the drug. Speak to your physician if you decide to quit.

Abilify can be extremely useful. A lot of people suffering from severe mental disorders have found relief by taking the drug. However, it has serious side effects and the mechanisms of how it works on the brain still aren’t clearly understood. Deciding to take Abilify is a serious decision that shouldn’t be taken lightly.

6 Ways An Alcohol Problem Will Negatively Impact Your Life

Modern Weight Loss Solutions: These 5 Fat Burners Are the Best in Today’s Market