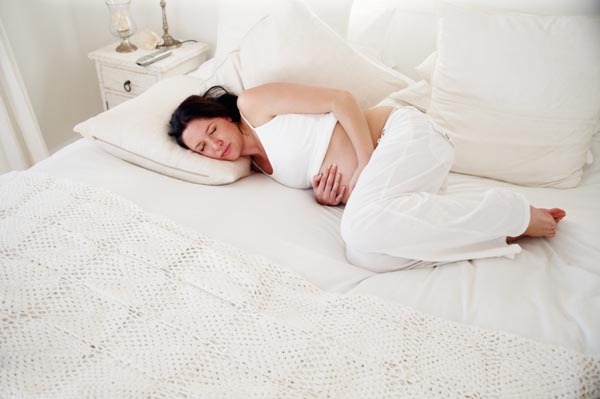 Heartburn in pregnant women is a thing which commonly happened, especially in the first phase of 3 months of pregnancy. Heartburn in this phase is often called morning sickness. This phase will continue in the following months during pregnancy, but feeling a little heavier. The burning sensation in the esophagus is caused of the increased size of the pregnancy so the stomach will get a lack of cavity due to the pressure of pregnancy and allows the gastric fluid will the easier to  back out through the esophagus. Heartburn in pregnant women is also influenced by hormones so the food that usually consumed, may be during pregnancy get no tolerance from the stomach and also affect muscles of gastrointestinal tract (esophageal sphincter).

Gastritis is an inflammation of the stomach wall cause of the excessive production of stomach acid continuously. The cause is a lifestyle, irregular eating patterns, physical stress, psychological stress, smoking, alcohol, or certain drugs. The symptoms can be known such as, dyspepsia that is upper abdominal pain or feeling discomfort in the intake process of food into the stomach, flatulence that is the stretching of the stomach muscles because of the gas and giving a feeling of fullness in the stomach, or vomiting.

For the pregnant women, causes of heartburn can be caused by the following:

Thankfully, the heartburn does not affect the pregnancy and have no potential to cause more serious illness. Unfortunately, the discomfort which caused by heartburn is very annoying and draining our energy.

[Tweet “To overcome heartburn during the pregnancy, some ways below should be enviabled, such as:”] B. Snacking. If stomach acid reaches the chest, drink a glass of water and eat something. If stomach acid has reached the mouth, eating chocolate that will melt in the mouth soon is an effective alternative, so that it can dispel the bitter, sour or nauseated. If you ever think about eating sweets, it is less effective and less healthy.

C. Diet modification. Avoiding some foods that can trigger the production of stomach acid. Such as, avoiding foods that are too seasoned, spicy, too fatty and fried foods.

D. Do not lie directly, after eating immediately. Do a light activity so that the food in the stomach can be right down soon.

F. Loose clothing should be recommended to reduce the pressure on the stomach.

G. Drugs. The drugs to overcome the heartburn, there are several levels of the drugs according to the severity of the illness:

1. Antacids
[Tweet “This drug works to neutralize the stomach acid. An example is the ulcer drugs which often advertised on TV.”]

2. Inhibitor of gastric acid secretion in Histamine H2 Antagonists class.
This drug works by inhibiting the Histamine H2 to occupy its receptors on the parietal cells stomach, the place to producethe stomach acid.

3. Inhibitors of Gastric acid secretion in Proton Pump Inhibitor class.
This drug works by inhibiting the activity of proton pump in the gastric parietal cells.

The three type of drugs are sorted by the level of effectiveness and newness. Drugs that are safe for pregnant women to overcome the gastritis and heartburn is the type of antacid because it has a local reaction. Whereas the drugs except antacid which mentioned above will affect the growth of fetus, especially in the first 3 months of pregnancy. If you are include in the category of severe gastritis, do not ever forced to take an antacid except the antacids above. You should visit an internist doctor and try to change your lifestyle and try not to let your stomach in empty condition, ofcourse with the foods that contain no fatty and oil, eat healthy, diet, reduce to drink too much water.

Am a game lover, I also like surfing the next. I love blogging and finally, am 100% natural

Health Benefits Of Swimming During Pregnancy

7 Ways To Deal With Stretch Marks

Your Body, Your Health, Your Choice: Choosing an IVF Plan That is Right for You