Watermelon with a scientific name Citrullus lanatus has an extremely high water content which is approximately 92%, it also contains about 6% of sugar, this is why in contain higher water content and lower calorie content than any other fruits. Watermelon also is low or free of cholesterol, fat, and sodium. Watermelon is a juicy, refreshing fruit and its flesh looking crumbly and subtly crunchy texture and because of its high water content, it is regarded as the favorite thirst-quenching fruit. Nutritionists, scientists, researchers, and medical professionals have found it that watermelon is incredibly healthy

Watermelon is concentrated with powerful antioxidant as a result of the presence of vitamin A (through its concentration of beta-carotene) and C with a good level of Vitamin B6. The pink watermelons contain lycopene which is a potent carotenoid antioxidant. The powerful antioxidants present in watermelon help to clean the body of the free radical by neutralizing the free radical, these free radicals are the ones that cause a great deal of damage to our body system and make us look aging. Watermelons are also able to oxidize cholesterol which when sticking to the blood vessel wall, can cause heart attack and stroke but with the help of watermelon, this cholesterol is oxidized. For the most antioxidants, choose fully ripened watermelon: Research conducted at the University of Innsbruck in Austria suggests that as fruits fully ripen, almost to the point of spoilage, their antioxidant levels actually increase.

While many people are just accustomed to eating the juicy flesh of the watermelon, both the seeds and the rind are also edible. Watermelon rinds, usually a light green or white color, are also edible and contain many hidden nutrients, but most people avoid eating them due to their unappealing flavor. They are sometimes used as a vegetable. In China, they are stir-fried, stewed or more often pickled. When stir-fried, the de-skinned and de-fruited rind is cooked with olive oil, garlic, chili peppers, scallions, sugar, and rum.

While we often associate a deep red-pink color with watermelons, in fact, there are varieties that feature orange, yellow, or white flesh. While most watermelons have seeds that are black, brown, white, green or yellow, a few varieties are actually seedless. 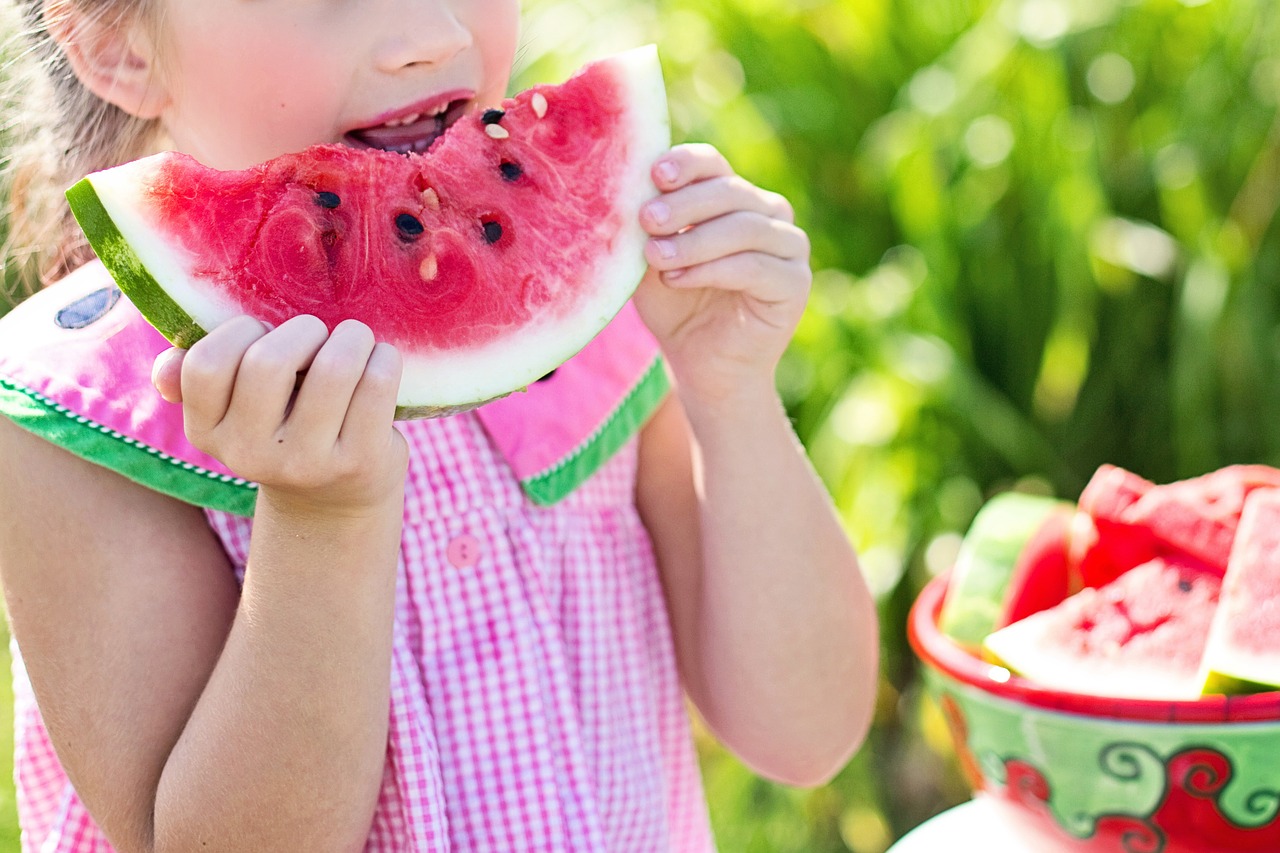 How Do You Know The Good Ones

The best way to know and choose a flavourful watermelon is to look at the color and quality of the flesh, which should be a deep color and absent from white streaks. If it features seeds, they should be deep in color. Oftentimes, however, we do not have the freedom when purchasing watermelon since it is more common to buy a whole, uncut fruit. When choosing a whole watermelon, look for one that is heavy for its size with a rind that is relatively smooth and that is neither overly shiny nor overly dull. In addition, one side of the melon should have an area that is distinct in color from the rest of the rind, displaying a yellowish or creamy tone. This is the underbelly, the place that was resting on the ground during ripening, and if the fruit does not have this marking, it may have been harvested prematurely, which will negatively affect its taste, texture, and juiciness.

Is there anything you know about watermelon? Share your thought with us and let others learn some magic watermelon has done for you.

How Menorrhagia is Diagnosed?