Good and Bad effects of Alcohol to the Body 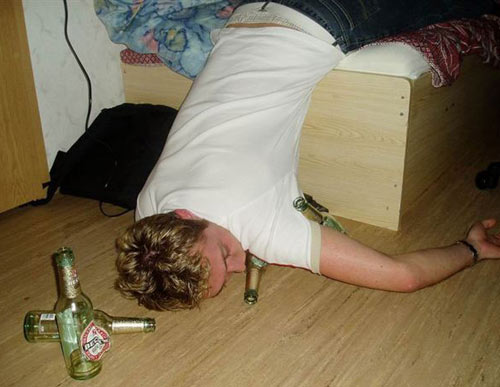 Good and Bad effects of Alcohol to the Body

ALCOHOL: The name itself has become taboo in some places, except in some high profile society parties. It is nothing but a chemical named ethyl alcohol or ethanol, arising naturally from carbohydrates when certain micro-organisms metabolize them in the absence of oxygen, the process being referred to as called fermentation.

Unlike the wrong notion that most people have regarding the bad qualities of alcohol, which is correct to most extent, it has certain good qualities too.

2: Moderate alcohol consumption which include one or two drinks per day raises good cholesterol and blood protein levels, thus lowering the risk of coronary heart disease, in men over 45 and women over 55yrs of age.

Actually excess of anything is bad. Equally excessive intake of alcohol is bad especially when it becomes an addiction. A limit has been set for everything, and so as for alcohol. Study says that for a person around 4-5 ounces of wine, 12 ounces of beer, 1-1/4 ounces of distilled liquor (80 proof whiskeys, vodka, scotch, or rum), 10 ounces of wine cooler are the moderate quantities which can be taken per day without producing any harmful effect.

But the bad effects of alcohol more than exceeds its good effects. The demerit of alcohol intake has been described below:

4: Drinking too much alcohol piles on the calories, leading to obesity and a higher risk for diabetes.

6: Heavy drinking causes a drop in testosterone levels in men, and causes testicular shrinkage and impotence. In females, menstrual cycles can be disrupted and fertility is affected. 7: Pregnant women are advised not to drink, as no amount of alcohol is known to be safe for fetal development and intake serves as a risk of causing Fetal Alcohol Syndrome which causes physical and behavioral abnormalities in the fetus.

8: Young people have a lower tolerance to alcohol but they also have the immaturity of having an increased tendency to risk-taking behavior which combines to create much higher risk of accidents, violence, and unsafe sexual behavior.

When it comes to alcohol and health, less really is more to stay healthy and safe. S “Better be safe than sorry”.

Symptoms and causes of breast cancer

Steps on providing nutrition for a better body physique