Understanding the Causes of Hemorrhoids

Hemorrhoids have a wide range of different causes, in fact, and it’s important for people to get a sense of what they can do to either address or treat hemorrhoids. There are lots of different myths about the causes of hemorrhoids. This has a lot of wide-ranging consequences. There are lots of different myths about the causes of hemorrhoids. This has a lot of wide-ranging consequences. Many people might think that they have hemorrhoids when they don’t, and the opposite scenario is just as likely. Hemorrhoids have a wide range of different causes, in fact, and it’s important for people to get a sense of what they can do to either address or treat hemorrhoids.

People who have chronic issues with constipation, for instance, will often eventually develop hemorrhoids. Many individuals who are constantly trying to avoid going to the bathroom for whatever reason will risk getting hemorrhoids at some point. It’s possible that people who tend to have very large bowel movements on a regular basis will be more likely to get hemorrhoids as well. Causing chronic irritation to the area can eventually lead to the symptoms of hemorrhoids, and that is one of the things that all of these habits have in common. 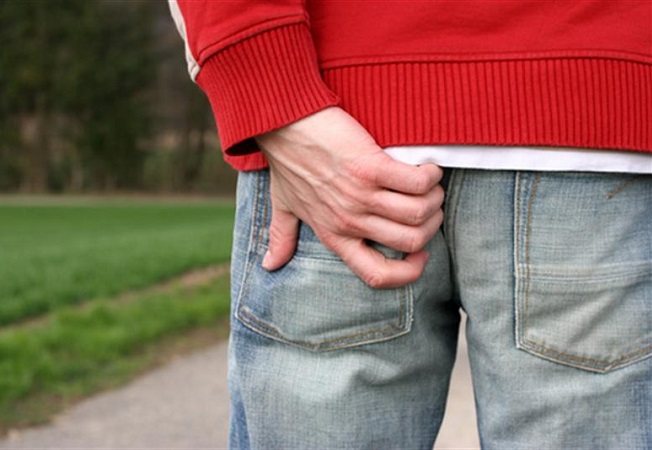 Some toilet habits that seem to be fairly benign can lead to hemorrhoids as well, however. A lot of people enjoy sitting on the toilet for long periods of time in order to read or use their phones. However, this is the sort of habit that can ultimately cause strain on the lower bowel, even though it won’t feel like that. People who spend a lot of time in the bathroom sitting on the toilet will be more likely to get hemorrhoids.

The fact that high-fiber diets tend to cause very large bowel movements might also be a risk factor since people will tend to strain when they are passing very large bowel movements. Finding the exact right dietary quantity of fiber can be tough. Different people also have different fiber needs. In order to prevent hemorrhoids, it’s probably best for people to find what quantity of fiber feels ideal for them. They should not be straining at any point.

[bs-quote quote=”I saw a sign one time that said ‘hemorrhoids awareness week’ at the doctor’s office. Let me tell you if you got hemorrhoids, I’m sure you are aware of it. You don’t need a sign to tell anybody about it.” style=”default” align=”center” author_name=”Larry the Cable Guy”][/bs-quote]

It’s possible that people who spend a lot of time in bed will have similar issues. Bed-ridden individuals tend to develop a lot of different health problems, and that includes hemorrhoids. Some of the causes of hemorrhoids are easily avoidable. However, other people might have a hard time avoiding hemorrhoids altogether, given their health problems and lifestyle.