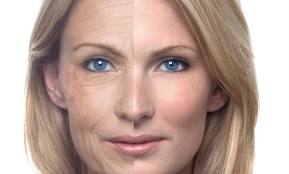 Premature aging is one of the most embarrassing medical conditions that most men and women tend to face these days. This calls for instant care or treatment. At some point, people do take steps for reversing the aging symptoms in order to look younger than what they are. But in the process of doing so, what they do not realize is that there are lots of chances of making mistakes. Sometimes, these mistakes become big blunders that can unknowingly reverse your own anti-aging efforts instead of aging symptoms. Sadly, most people do not recognize these mistakes due to which they keep on falling into the trap due to which they tend to appear older rather than looking younger. Here are those mistakes that we all need to watch out for!

Doing too much makeup

In order to hide those fine wrinkles and lines, many people tend to do that extra makeup out of temptation as well as concern. Initially, you may admire the results of this daily but extra cosmetic treatment as the time passes by. However, it is much safer to resist this temptation by all means! This is because the surplus makeup tends to remain in the creases due to which they become noticeable at the end of the day – something that is opposite of what was desired. Therefore, it is okay to do makeup but not in excess. And yes, do not forget to apply an anti-aging formula with a light touch.

It is true that hair styles keep on changing with age. However, this is not true with a considerable number of people. These folks tend to stick with the same hair style that they had followed since their childhood days because of adaptability and unwillingness to change it. However, what they fail to realize is that the same style is not making them look younger as they are aging. So, if they do not change their hair style, looking younger that is one of the main goals of anti-aging efforts shall not be fulfilled. Therefore, consider changing your hair style as well.

No Enough Protection from Sun

Everybody loves to have sun tan during their days of youth. However, as the time passes by, the bad effects of tanning begin to surface on the skin, which simply shows who has over enjoyed in the sun. As a result, people who are only in their thirties look as if they are in their forties. Therefore, if you know that you are about to be in the sun for long, just make sure to apply a healthy sunscreen. It would be actually best to avoid being in the sun.

Believing in Anti-aging Ingredients that are Ineffective in Long Run

It is simply a good idea to choose an effective anti-aging product that can heal all of your aging symptoms. It is also fine to choose 2-3 such products that are specifically made to deal with different aging signs. However, what most customers don’t check is that whether these products will give the same results in the long run or not. Sadly, several skin care products contain those ingredients that tend to do cause more skin damage than repair in the long run although they prove their effectiveness in the short run. It makes no sense in enjoying restored skin for only some time and then getting disappointed by noticing the same symptoms coming back.

Therefore, it is vital to look for the right skin care products that contain organic, effective, and safe ingredients so that no damage is caused to your skin in the long run.

STD: Symptoms and prevention of Gonorrhea